Posted About Two Years Ago by LISA CLARK

Granville Joseph Walters, 83, of Greensburg, KY, son of the late Hardin Walters and Ruby Walters, was born on January 19, 1937 in Nelson County, KY and departed this life on Saturday, July 18, 2020 at the Green Hill Rehab & Care Center in Greensburg.

Though born and raised in Boston, KY, upon his marriage to Roxie Faye Long Foley he moved to Greensburg, KY becoming part of that community for the rest of his life. He became father to her three children as well as his own three biological children who were integrated into the family in their pre-teen years. Ever the clever a mechanic who could fix anything, Granville's work life was principally at the Fruit of the Loom factories in Campbellsville and Greensburg. He also worked at Barton's Distillery, General Electric Appliance Park in Louisville, as well as having a HVAC certification. Through much of this time he had his own sewing machine repair business, making him well known in the area. He had made a profession of faith in Christ and was a member of the Campbellsville Church of Christ. He also served in the United States Army Reserve.
Besides his parents he was preceded in death by his wife, Roxie Fay Long Foley Walters; a grandson: Ralph Joseph Walters; a brother and sister: Wilber Walters and Lorene Napper.
SURVIVORS: five sons and three daughters-in-law: Joe and Susan Walters of Campbellsville, Michael Wayne Walters of South Carolina, Ronnie and Debbie Foley of Summersville, Gregory Allen and Wendy Foley of Lexington and Jerry David Abell of Greensburg; two daughters: Karen Elaine Hall of Elizabethtown, and Rebecca Foley Landis of Greensburg; eight grandchildren: Ashley Nicole Burdick, Kenneth Jay Travis, Brittany Povin, Michael Brian Landis, Jeff Taylor Landis, Brandie Foley Young, Taylor Foley, and Samuel Frances Foley; nine great-grandchildren: Laton Ray Duncan, Kendall Jayde Travis, Tyler James Burdick, Jacob Cole Burdick, Matthew Thomas Burdick, Mia Conley Landis, Abigail Harper Landis, Nicole Young, and Brandon Young; and a host of nieces, nephews, other relatives and friends.
.............................................
There will be a private service held Tuesday at 11 A.M., Central Time at the Cowherd & Parrott Funeral Home in Greensburg with entombment to follow in the Campbellsville Memorial Gardens Mausoleum located at the Greensburg Cemetery. There will be no public visitation.
The family has asked that expressions of sympathy take the form of donations to Hosparus of Green River, Gideon Bibles or the Parkinson's Foundation, which can be made at the funeral home.
For online condolences: www.cowherdandparrott.com
Read All 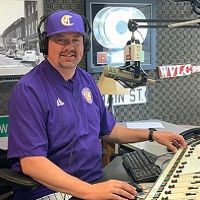