Posted About One Year Ago by LISA CLARK

51-year-old John "Bam" Carney had returned home after being hospitalized more than a year ago due to a serious illness. He was diagnosed with pancreatitis in Dec. 2019 which led to several life-threatening complications. Bam Carney represented Adair and Taylor counties in the 51st district and was first elected in 2009.
Mark Carney (Bam's brother) posted the following on Facebook this morning:
Philippians 1:21 for me, to live is Christ to die is gain. That verse has been heavy on my mind the last few weeks. This morning around 7:00 it came to fruition as Bam passed peacefully at the University of Kentucky medical center. Bam nd we have tried to glorify Christ throughout our lives and especially have tried to praise God for his watch care over Bam this last year and a half. So living was about Christ, now in death Bam has gained healing, peace, rest, Amazing Grace, love, the well done thou good and faithful servant talk and acceptance into his eternal home. Thanks be to God for the life that Bam lived — and for all that he has gained today.
Thank you to so so many of you for all your thoughts, prayers and for the many many ways you have supported us over he last year and a half and we appreciate and say thank you for your continued prayers for our family during this time.
Senator Mitch McConnell released the following statement on Carney's death:
Bam Carney was a tireless public servant whose devotion to his fellow Kentuckians knew no bounds. He uplifted the lives of his constituents through more than a decade of hard work and dedication, deeply committed to Central Kentucky and its people. It is a testament to his strong character that he was chosen to lead Kentucky Republicans as the House Majority Leader, a role which he passionately embraced.
Throughout his tenure, Bam took on tough issues and fought for Kentucky’s most vulnerable students, using his expertise as an educator and coach to change the Commonwealth for the better. During his long illness, he continued to serve in a different way by becoming an inspiration to others who face hardships. The people of Kentucky are profoundly thankful for his advocacy and work.
From the statehouse, to the classroom, to the United States Senate, Kentuckians are deeply saddened by this loss. Elaine and I share our heartfelt condolences with Bam’s family, colleagues, and friends.
House Speaker David Osborne issued the following statement on behalf of the House Majority Caucus:
"Our hearts are broken at the loss of our friend and brother, Bam Carney. Bam was a passionate educator, an outstanding legislator, and a tremendous leader for our Commonwealth. Those who had the privilege of working with Bam knew he led by example and subscribed heavily to the belief that you can do great things if you don't care who gets the credit. As House Education Chair and House Majority Floor Leader, he worked diligently to provide a voice for children in classrooms across our state. His collaborative approach led to the passage of the School Safety and Resiliency Act, bringing focus to both strengthening physical safety and our approach to childhood mental health issues.
"For more than a year and a half Bam fought valiantly to overcome his health issues, all while remaining steadfastly dedicated to the people of his district. While there is great comfort in knowing he is free from the constant pain and struggle, we pray his sons, his mother, and his entire family find comfort in knowing so many join them in mourning the legacy of a good man." 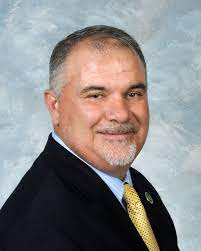